Namibia and Botswana with Bushlore 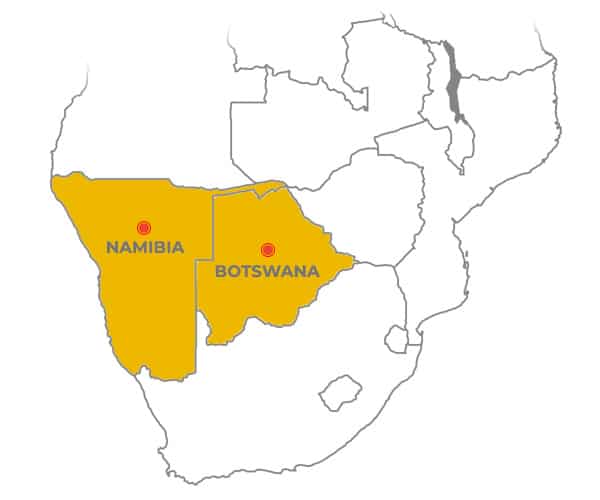 In July and August 2022, we travelled 4 weeks with two other Dutch families (14 persons total) in Namibia and Botswana.

We started our trip by visiting Harnas (Wildlife foundation) in Namibia and heard the lions roaring during the night. Then we continued to the Kalahari in Botswana and saw many Lions. From this real wilderness we proceeded our trip to the scenic Kubu Island with huge Baobab trees.

Incredibly beautiful sunset and sunrise on the Salt Lake. Leaving Kubu we had a stopover for fuel, groceries, and booze in Maun. At Maun we also visited Bushlore for some small repairs on the cars and continued our trip to Moremi. In Moremi we needed our 4X4s through the “shallow” pools. Always send a person ahead to inspect the depth.

After getting chased by a hippo during a Mokoro (canoe) trip we saw enough of Moremi and continued to Chobe. In Chobe, the Landcruiser’s and the Hilux did the tasks it needed to do beautifully. Hats off for Bushlore for the equipment and conditions of our cars.

After Chobe we went through The Caprivi Strip and arrived in the small, almost unexplored, Kaudom Park with lots of sandy roads, tyres <1 bar the entire day. On the way to Tsumke we had a culture show at Ju’/Hoansi Living Hunter’s Museum. They explained their culture, sold souvenirs and we made fire with sticks and we danced with them.

Besides the very friendly Bushmen, a friendly Elephant welcomed us during the night as well. Arriving at Etosha, we stayed two nights at Okaukeujo and were overwhelmed by number of animals and even 9 Rhinos.

Tip: bring some instant diner with you to the waterhole so you don’t miss anything during and after the sunset.

We left Etosha at Galton gate and took a short cut from road C35 through a 50km riverbed and had an excellent 4×4 drive to Khowarib camp. Amazing adventure and we even saw some giraffes in the riverbed.

After visiting a Himba village in the area of Khowarib we continued to Opuwo with three cars. One couple needed to leave us unfortunately. They went to back to Windhoek and the rest stayed in the beautiful Opuwo Country lodge.

From Opuwo we took the C43 to Okongwati and continued by the D3703 trying to reach the top of the van Zyl’s Pass. Because of slow driving through the narrow ravine and uphill tracks we did not manage to reach the top that day. 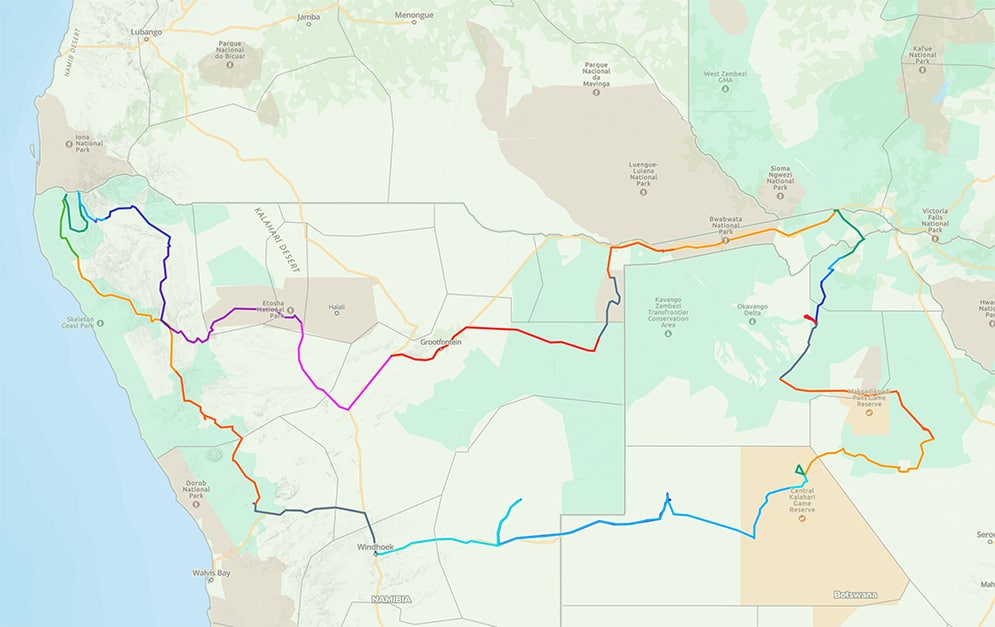 At this site we saw the most beautiful sunset ever, so rich in colours. In Puros we managed to buy the last jerrycans available. The friendly man told us that a national strike was going on at the fuel companies. So no fuel in Sesfontein as well but we just made it to filling station in Palmwag.

Our last night we stayed in the beautiful Spitzkoppe community camp with again a breathtaking sunset and sunrise between the giant rocks. 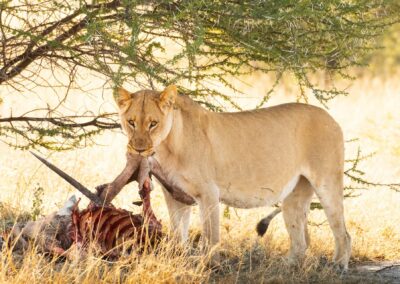 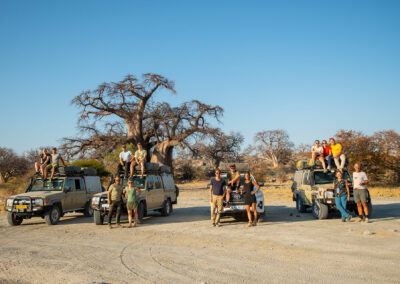 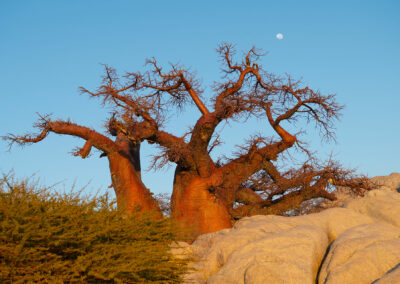 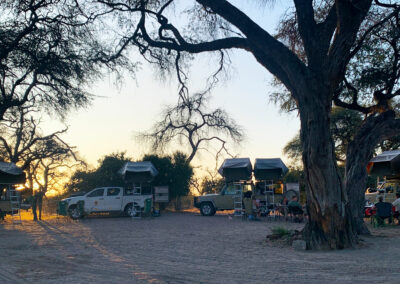 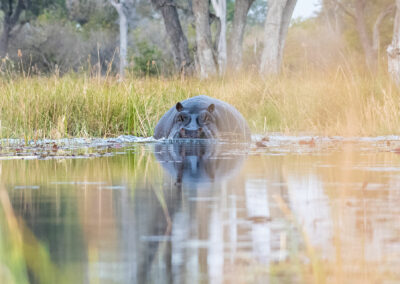 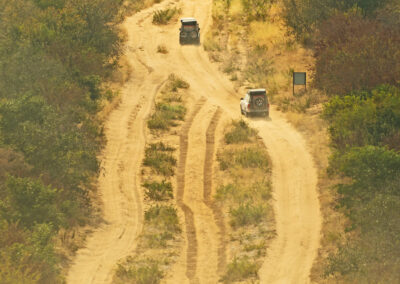 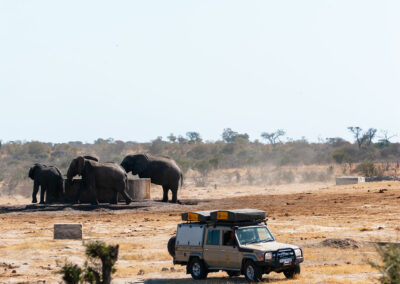 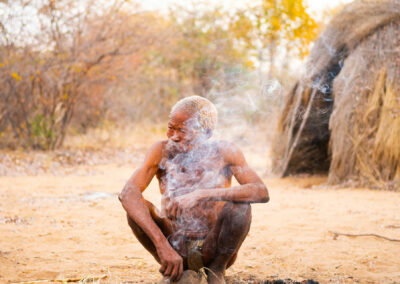 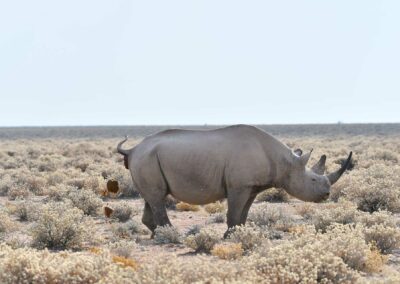 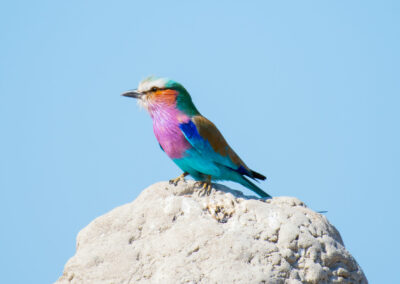 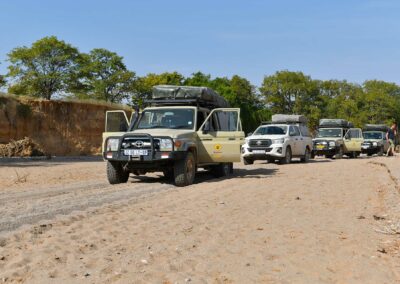 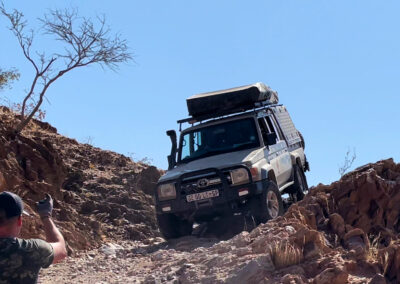 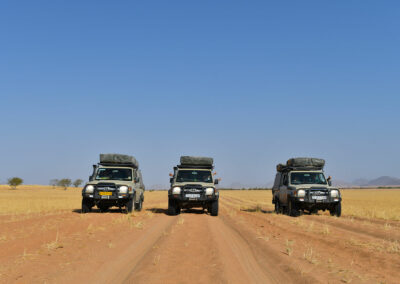 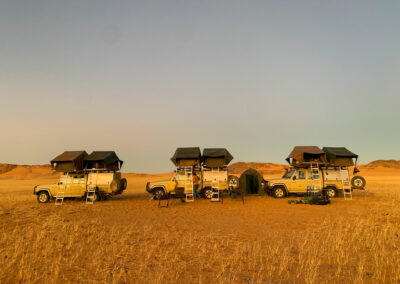 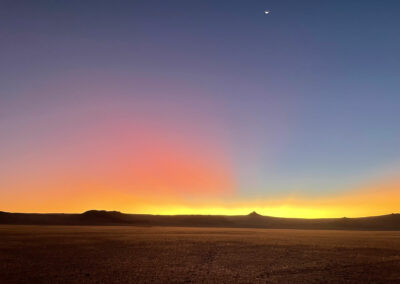 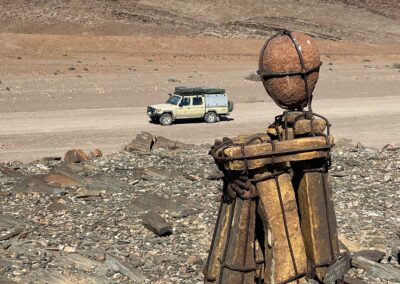 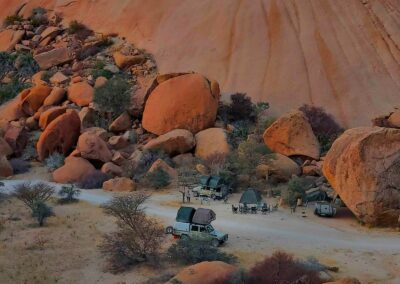 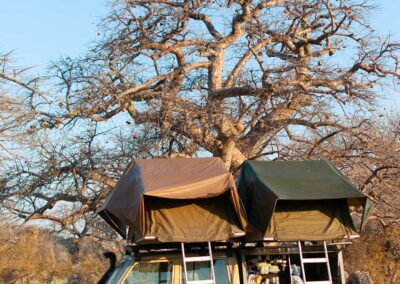 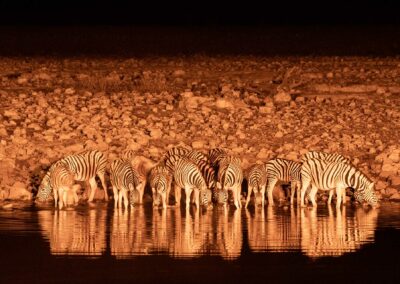 READY FOR A SELF-DRIVE ADVENTURE?