South Africa is known as an exceptional self-drive destination with so much to see and do along the way. See why 4×4 hire makes sense… 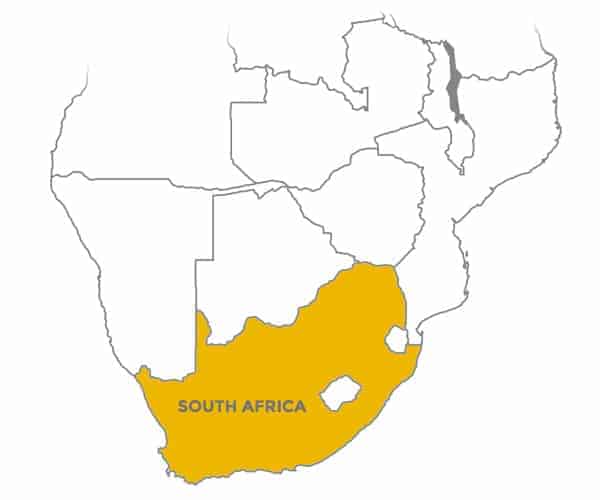 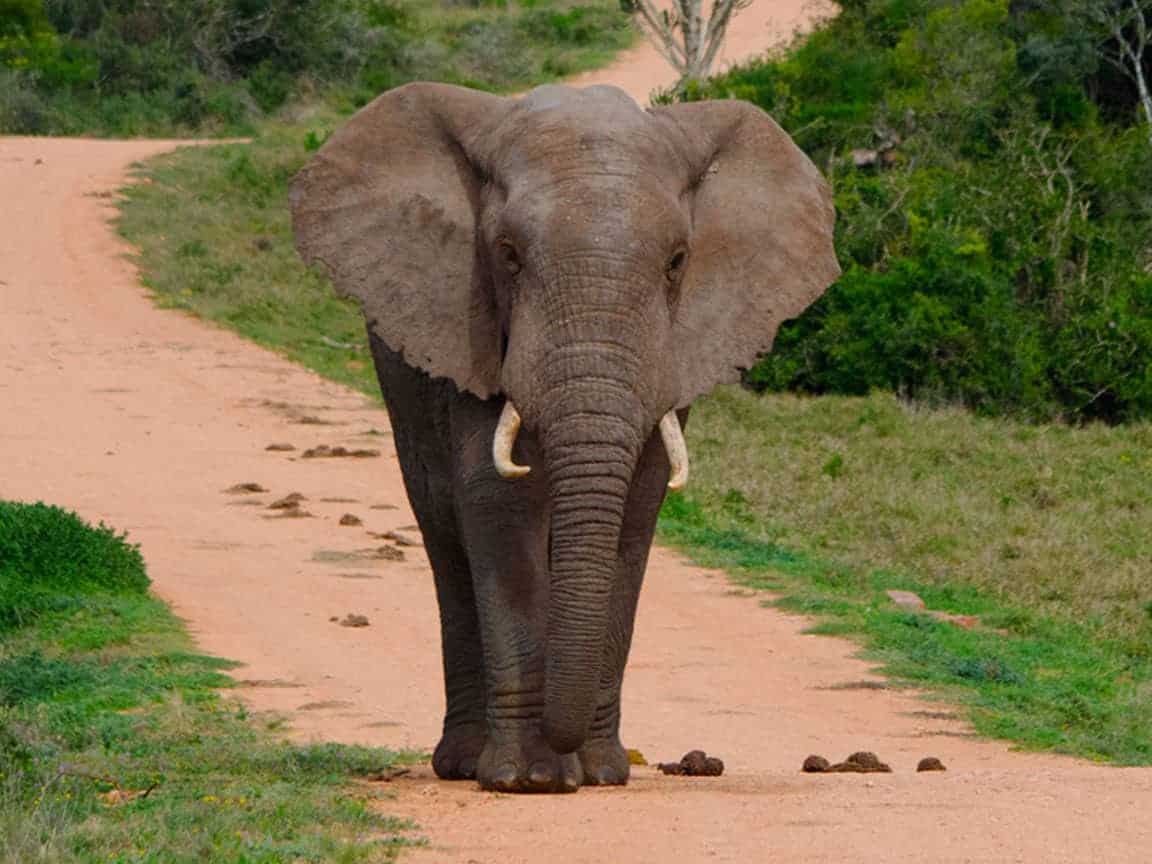 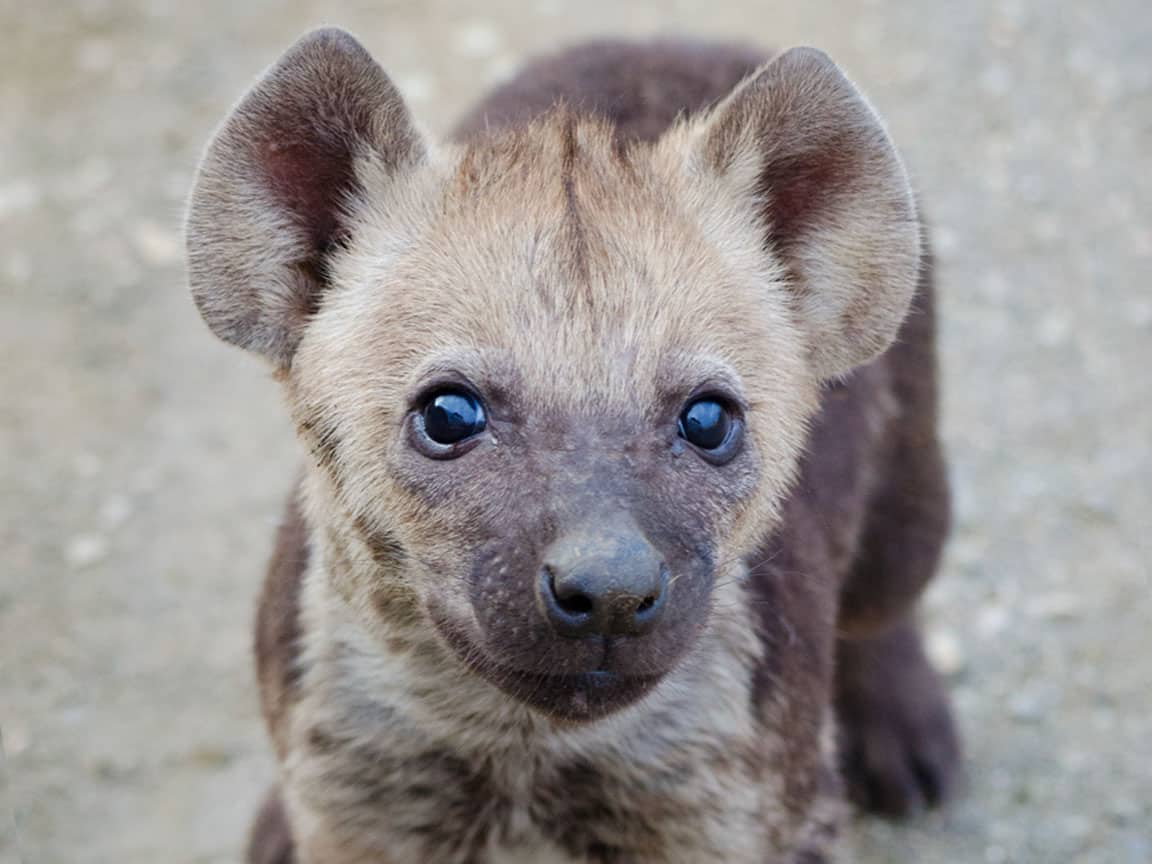 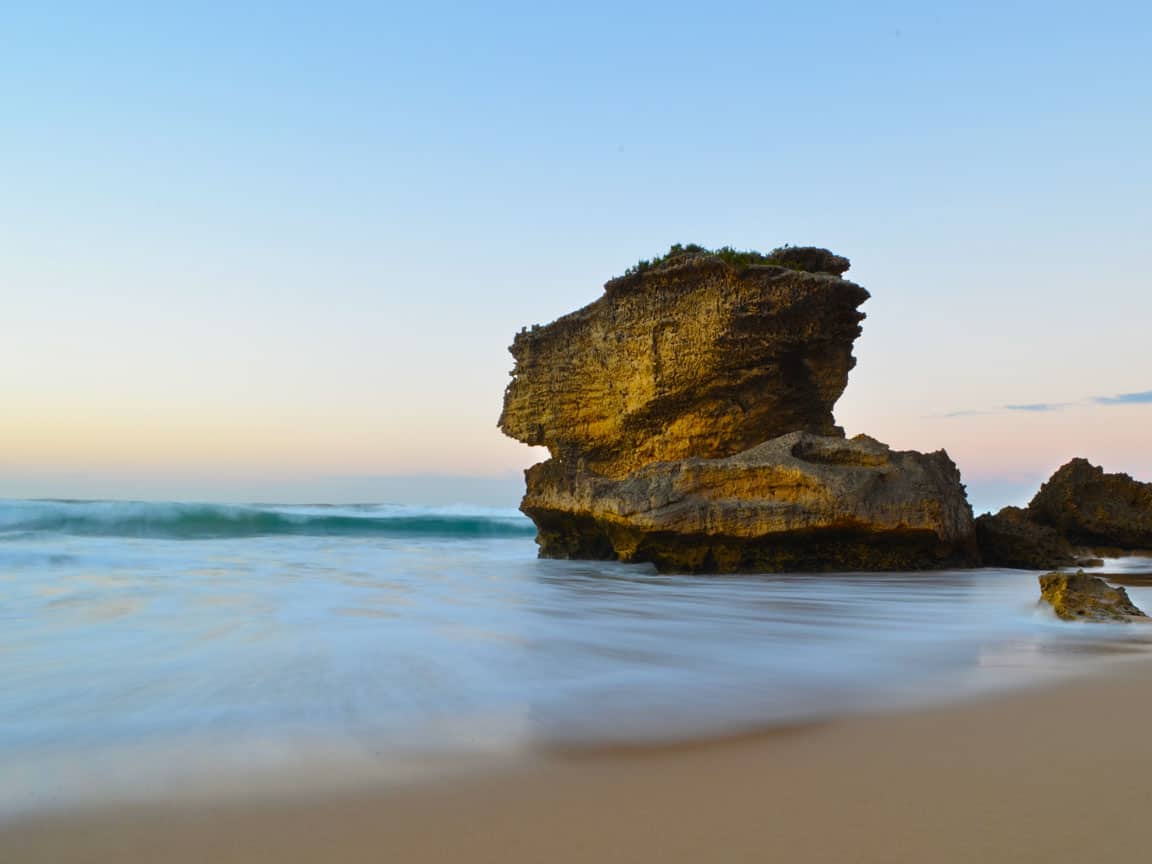 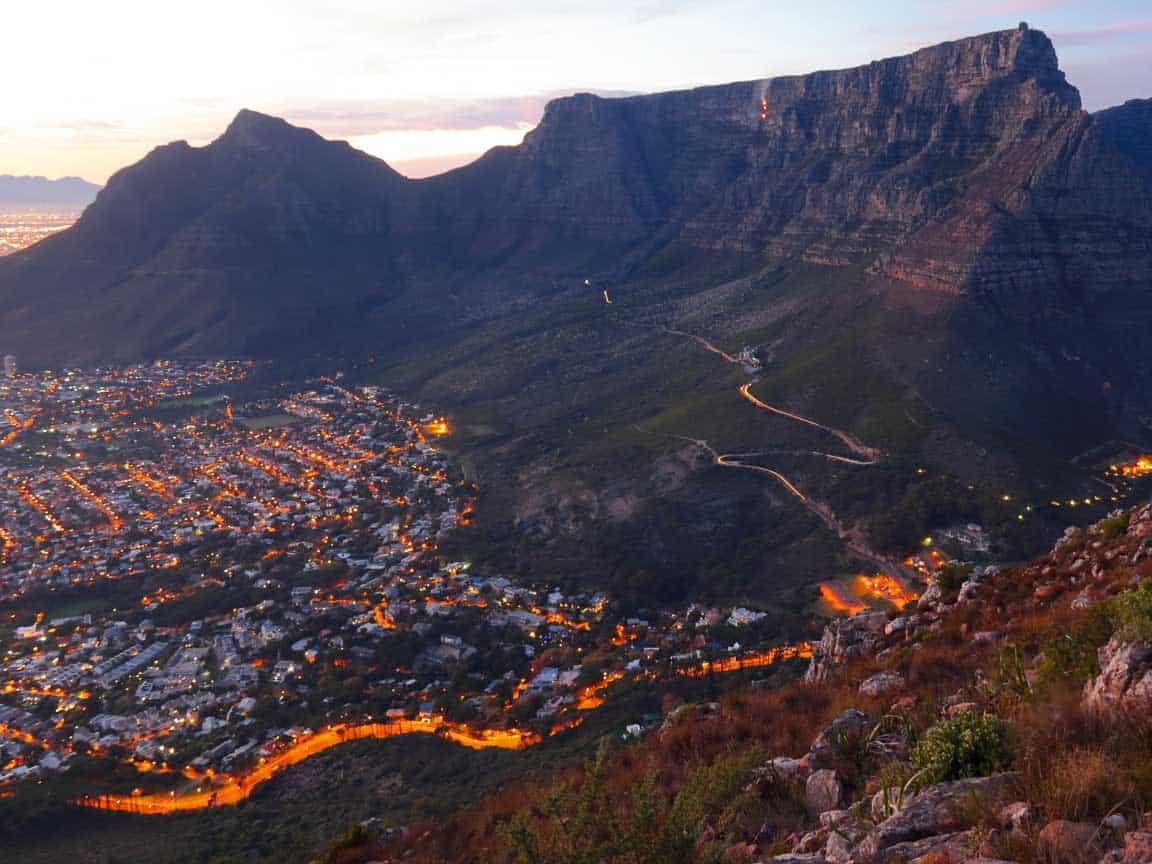 The ideal vehicles for self-drive camping safaris in South Africa. Click on the vehicles below to view the full specifications of each.

Ideal for a family of 4 as well as 2 or 4 travellers. Complete camper system – the only complete camper which can accommodate 4 travellers (2 adults and 2 children recommended). Making camping easy without losing 4×4 capabilities.
SEE FULL SPEC

Ideal for 2 travellers. Highly respected safari vehicle in Africa, with no electronics and ideal for remote travel. Comfortable and spacious with good on and off road performance. Excellent 4×4 capabilities with front and rear diff locks. Uncompromising reliability.
SEE FULL SPEC

Ideal for 4 travellers. Highly respected safari vehicle in Africa, with no electronics and ideal for remote travel. Comfortable and spacious with good on and off road performance. Excellent 4×4 capabilities with front and rear diff locks. Uncompromising reliability.
SEE FULL SPEC

Ideal for 2 travellers. The most respected 4×4 safari vehicle in Africa with a user friendly and easy camp setup for the ultimate overland experience. Uncompromising reliability which makes it an excellent choice for remote travel. Unique storage space.
SEE FULL SPEC
VIEW ALL EQUIPPED 4X4 VEHICLES

Here is a visual guide to what you can experience while on a 4WD self-drive safari in South Africa.
Credit: Thank you to Alexandre Suplicy who put together this amazing video of their 2017 Botswana 4×4 safari from Bushlore Safaris. 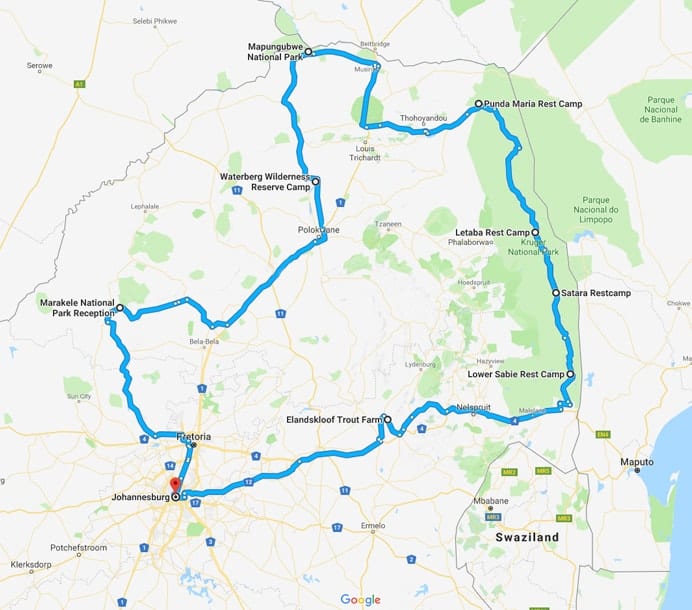 After you booked your 4×4 vehicle, Bushlore Safaris will give you 20% back if you tell your friends about your awesome trip, and for every booking we get from your referrals you get a discount.*

So start spreading the word to qualify for this special discount!

SHARE WITH FRIENDS
* This promotion and discount applies to booked Bushlore clients only. This offer is valid for new bookings during the months of November, January, February and March.

What are you waiting for?

South Africa although more developed than many of its remote African neighbours still harbours some of the best wildlife parks in Africa and has been a pioneer in the conservation of endangered wildlife. This safari concentrates on some of the best parks in South Africa. The route offers beautiful and changing scenery with excellent birding and wildlife opportunities. We also visit the less commercial parks only accessible by 4x4...

Day 1&2: JHB to Marakele National Park
The Marakele National Park in the heart of the Waterberg Mountains, as its Tswana name suggests, has become a 'place of sanctuary' for an impressive variety of wildlife due to its location in the transitional zone between the dry western and moister eastern regions of South Africa.
Contrasting majestic mountain landscapes, grass-clad hills and deep valleys characterize the park. Rare finds of yellowwood and cedar trees, five metre high cycads and tree ferns, are some of the plant species found here. All the large game species from elephant and rhino to the big cats as well as an amazing variety of birds including what’s probably the largest colony of endangered Cape vultures (more than 800 breeding pairs) in the world, have settled here.

Day 2&3: Waterberg Wilderness Reserve
The Waterberg mountain range is situated in the Limpopo province of South Africa and is one of the more pristine, scenic and wildlife rich areas in South Africa. Positioned on the Eastern side of the Waterberg range the Waterberg Wilderness reserve is only 2.5 hours from Johannesburg and conveniently positioned half way to Botswana. Due to the rugged nature of the reserve which is typical of the Waterberg, a 4x4 vehicle or vehicle with good ground clearance is recommended to access the property. In the wet season a 4x4 vehicle is often essential.
Certain areas of the Waterberg Wilderness Reserve offer spectacular views over the surrounding hills and valleys and exploring the impressive gorges with natural streams and pools is certainly a highlight. The reserve is ideal for the more active with some beautiful walks and potential mountain bike trails.

Satara is a busy camp, and not without reason. It is situated in an excellent game viewing area, with the bush relatively open and the animals plentiful and diverse. The camp itself has a rustic charm, with the bulk of the accommodation set out in a series of circles. Satara is well wooded and the bird-life is prolific. At night the clink of fruit bats is fused with the chirping of cicadas and crickets. The calls of owls and nightjars add to the symphony that is punctuated intermittently by the whoop of hyena, the screech of jackal and the roars of lion. General game includes blue wildebeest, zebra, waterbuck, giraffe and the ubiquitous impala. Rhino, buffalo and elephant are also easily seen. Of the smaller animals, the honey badger is something to look out for. At night spotted hyena regularly whoop from the camp’s perimeter while the repetitive sonar chink of fruit bats blends with the chirp of cicada and cricket.

The idyllic Letaba Rest Camp is situated on a sweeping bend of the Letaba River, midway between the southern and northern boundaries of the Kruger National Park. The name means “river of sand”, and the sandy riverbed is an excellent location for game viewing, particularly elephant, which thrive in the area. Letaba is a green oasis in the surrounding mopane veld, and remains a firm favourite with visitors. At night the stars overlook a symphony of sounds. Owls, nightjars, frogs, fruit bats, crick Visitors need not even leave the camp to view these animals and lucky visitors have been fortunate enough to witness lion and cheetah kills on the sandy riverbed in front of the restaurant complex. The camp itself hosts a healthy population of bushbucks who have become very tame and wander freely amongst the bungalows. Other camp residents include tree squirrels, fruit bats and vervet monkey; which must always be considered before leaving food unattended.

Lower Sabie graces the banks of the Sabie River, one of the few perennial rivers to flow through the Kruger National Park. Visitors cannot but feel soothed by the view towards the river and the Lebombo Mountains beyond. In this rest camp, the bounty and plenitude of nature are very evident, eloquently symbolised by the most conspicuous of its numerous trees, the mighty sycamore fig, which provides generously for the livelihood of many birds and insects. Not only do these giants produce fruit at least twice a year, but different trees produce fruit at different times, extending the gifts of life over many months. Watching the endless procession of animals coming to drink at the Sabie River establishes a sense of one's own place in the eternal cycle.

Day 10: Elandskloof Trout Farm, Mpumalanga
Elandskloof is the oldest trout farm in Mpumalanga situated close to Dullstroom, 28 km from Johannesburg. An ideal stopover on route back to JHB